Kaverini (Finnish for “My Friend”) is an educational game played with cards and characters in which the players take the role of tourists on an adventure gone terribly wrong in one of many cartoon versions of real-world locations.

The player characters (One is a Kaveri, two or more are Kaverit) are designed by each individual player with an illustration on the front of the card and a name.

As the adventure unfolds between the Kaverit (the Players) and the Tour Guide (the Game Master), the Kaverit will master emotional techinques to non-violently disarm threats that stand in the way of saving the day (or the week, year, or timeline), while befriending companions from the locations that they encounter.

Some sketches of sample cards, to give you an idea of what the game will look like: 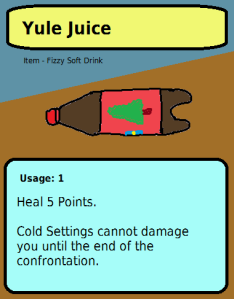 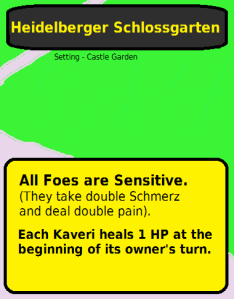 And last and definitely not least…a POWER FOE CARD!

IMPORTANT: These are the samples from the Beta Testing. The real cards have a different frame.

One thought on “What is Kaverini?”